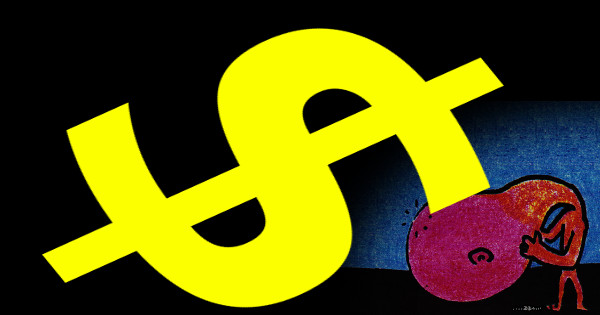 In our warped society where human values and virtues have to take second or last place below such artificial and callous creations like money – and where the narratives we keep getting fed by the mass media turn everything upside down – we keep hearing a never-ending drum beat about entitlements. Human beings who dare to ask that they be treated as human beings keep being accused of “entitlement thinking.” People who ask that human society do what it has always done throughout almost all of humanity’s existence (at least within tribes), namely for its members to take care of one another, thereby allowing humanity to survive, are told that “personal responsibility” trumps empathy, mutual help, and even kindness. Those who need help the most are accused of being parasites living on wrongful “entitlements.” They are being told to “get a job.”

And, yet, those at the bottom who are forced by infirmity or other causes of poverty and helplessness to accept help, are usually the ones who are the most willing to work if they can get a chance.

Contrast this with those at the top of our dungheap society. They don’t think for a moment about their obligation to work or to spend money wisely. They are the ones who truly feel entitled to their obscene riches and are willing to push the rest of us under the bus for them. Just so you can obtain a picture of the hard for the rest of us to imagine dimensions this upper class entitlement thinking takes, I present to you today this insightful video of a wealthy divorce case:

(Note: if the video linked above gets deleted, you may search the Internet for the title: “Supermodel’s DISGUSTING Divorce Settlement Request”)

So, how can we be surprised at human superpredators like Paul Ryan, Mitch McConnell, Mark Meadows, and Tom MacArthur (of the “Trumpcare” wealthcare acts) when they do everything in their power to kill us through healthcare denial for their personal profit while accusing the weakest in our cannibalistic society of taking advantage of “entitlements?” They just do what comes natural to super-predators with such insane entitlement thinking of their own.

To clarify the word entitlement: the human species is characterized by social instincts of empathy, sympathy, caring, love, helpfulness and such. These make it possible for us to cooperate and be strong in numbers rather than harmfully compete against one another. They allow us to help one another other up when we fall due to injury, disease, or some other temporary or even permanent misfortune. In this fashion, everybody is being helped when circumstances overwhelm them, giving them a chance to recover or at least continue as beloved members of the community. It allows everybody to be valued for who they are (and contribute in many ways other than money) rather than for questionable titles of ownership locked away in a safe. Those who are temporarily out of commission can recover to then contribute to the common good again after they do, while those who are forever disabled can still contribute their life experience or their human relations. Humanity has survived because of those relations, the love and caring we feel for one another, and the knowledge, experience, and ideas we pass on to or inspire in each other.

In a documentary about people who today still live in a kind of stone-age culture in a remote jungle, a terrible drought hit and would have wiped out the entire tribe if it hadn’t been for the eldest member of the tribe, an old man severely disabled from the decrepitude of old age, whom his relatives and the tribe as a whole had nevertheless kept alive for countless years. He was the only one who still remembered the last such drought and the location of a far off watering hole which had saved the tribe back then. Thanks to him, the tribe got to survive this latest deadly drought. This is how humanity has survived to this day. By sticking together rather than preying on each other. If we let ourselves to be completely overtaken by anti-social human predators who live parasitic lives of upper class entitlement, we may soon go extinct.

You may think to yourself: but aren’t our anti-social instincts of preying on our own kind human, too? Well, yes. But hostility like that used to be applied between tribes rather than within tribes. Our current civilization has fallen prey to the wrong instincts being applied within. That the human predators won the day in the past and set up a self-devouring system doesn’t mean it is good or natural. It means that a historic mistake occurred which we today must fix.

The point I wish to make about the going entitlement myth, is that the dedication to the common good which arises from our human instincts, values, and virtues and forms the human covenant which enables joint power and prosperity is there for everybody to contribute to and, when the need arises, benefit from. If you want to call this “entitlement,” so be it. I’d rather call it a human right (like the right to receive care when one becomes wounded or sick), as well as a human duty for anyone wishing to live in a healthy civilization. I would call this alleged “entitlement thinking” nothing less than being human; and I would make the claim that something we all are “entitled” to in a healthy human society is no “entitlement” to begrudge those who have fallen on hard times or make up the weakest layer in our society. This mutual care is something we ALL have a right to benefit from when the need arises and a duty for us all to contribute to when we can. It is not an unjustified, special entitlement like the wealth and luxury available to only a privileged few in the upper class who did nothing to deserve it (or just enough to deserve merely a fraction of it, in the rarest of cases). In reality, it is the obscene luxury and wealth expectations of the billionaire class, and some of their millionaire disciples (say, in Congress), that merit the label of a disgraceful and wrongful “entitlement.”