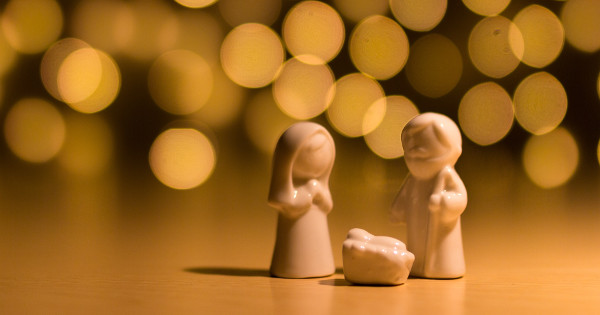 Financial security for us “common” people is an extremely important topic. The video shared below touches upon several highlights of this subject, such as the question of affordability and the worrisome band-aid-possibility of a “universal basic income” (short “UBI”, but better called something else like a citizen dividend in order to frame it properly within the big picture). The video explores these points too superficially, though. Therefore I recommend to first listen to the video conversation and then read my comments below (to which you are welcome to respond and add):

(Note: If the video linked above gets deleted, you may search the Internet for Redacted Tonight, Lee Camp , and the title: “[125] This Policy Could Change Everything (w/ Steven Shafarman)”)

Affordabiliy is not just about printing money like the corporate state evilly does for the military industrial complex, for bank bailouts, or to pave over tax breaks it gives to the rich (only to later tax all that money back from working people to forestall inflation and in the end effect transfer all this wealth from us to the top). Big sums of money such as involves the UBI must not be eyed in isolation.

In the bigger picture, the affordability of a UBI is really about redirecting our economy’s money flow which currently goes at least at the rate of 50% to the rich. This means, the money for a UBI is already there because at least half of our economy’s money flow is not paid out in exchange for labor (same as in the case of a UBI), and it currently flows exclusively to the rich. This money flow is also tied in with inflation and taxes. Inflation can not only be prevented by a growing economy but also through taxes. To keep the money flow healthy, the government, after printing money and pouring it into the economy, must therefore tax it back. The proper way to do this is, however, would be to tax it back from where it accumulates excessively, uselessly, and even harmfully, namely the top. Which brings us to the next point.

This is a very important point. The New Deal was in essence a band-aid because it did not eliminate the root cause of gross inequality in wealth, liberty, and power. This is why it was gradually peeled off again by those fiends at the top who gladly profit from an inequality-manufacturing system that has no regard for the suffering of masses of people. So, as we are now back in the situation which prompted the New Deal nearly a century ago, having the greatest inequality in our history, we – the people – must do better this time. We must not merely implement Social Security for All (an American-style UBI that’s less problematic than means-tested bureaucratically granted or denied welfare approaches envied and cleverly smeared as unjust “entitlements” dividing the people against each other). Rather, we must also eliminate the root of our problems by financing this UBI not merely through more sensible, ethical, and just government spending, but by effectively taxing away the excessive incomes and excessive wealth of the ridiculously rich and turning these assets over into our Social Security funds. As a result, we would not only eliminate poverty and relax our lives, but this way nobody would get to be a feudal lord ruling, exploiting, and oppressing his fellow Americans anymore (or his NON-fellow Americans, since the robber billionaires are global now, in case you haven’t noticed ([1][2])).

So, yes, the current group of plutocrats who have fallen on the side of supporting a UBI do want a mere band-aid solution with which to appease the angry masses and stop the pitchforks from coming for them. They also recognize the need for returning some of their excessive money influx to consumers, so that these modern robber barons can continue to sell us their corporations’ products and services to maintain their own rich income, power, and status. This doesn’t mean, however, that you and I must subserviently comply and only go for a band-aid version of a UBI, a mere allowance hand-out without teeth to cap off the billionaire spire that currently sits on top of our wealth pyramid reaching all the way into outer space.

Properly done, a UBI is only one major weapon in a mixed arms strategy for overcoming the oligarchy and realizing the foundational American Dream of life, liberty, and happiness for all. Properly done, a UBI is not a band-aid but a Citizen Dividend, an affirmed co-ownership of our country encompassing its entire resources and economy. Properly financed, it becomes part of a cure, not just a mere band-aid or pacifier, to our systemic inequality. It provides a financial safety floor and thereby healthier, less stressful lives with increased freedom of choice and sovereignty. It is best combined with federal and communal job programs that pay for necessary tasks that a profit-driven market ignores. And all such measures that enhance all our lives and improve our society that shapes our lives to a large degree need to be coupled to eliminating the unhealthy top from our society that rises miles above our current prosperity pyramid and presses upon us like a cancer.

Steven Shafarman doesn’t seem to understand the concept to the depth I put out here, but he made a great statement: “Each of us has equal rights to life liberty and the pursuit of happiness. People need at least some income in order to secure our lives and pursue happiness.” (and liberty, too, of course!)

Back to you, my friends.

Ending Note: Don’t forget to subscribe to free updates and to share widely critical stuff you encounter here and elsewhere. Also, please lend support if you can. Together we are the change we have been hoping for!