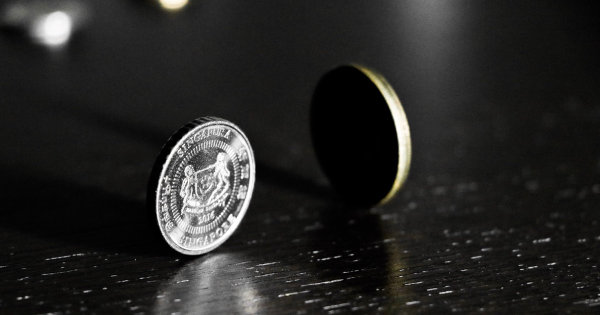 As the Tax Day is about to hit us over the head or under the belt line again, it makes sense to give a thought or two about how proper or improper our tax system is.

Clearly, lots of people across the political spectrum hate taxes, or at least their own taxes, or would like others to be taxed more, or – in some cases – gladly pay their taxes as a contribution to the society that grants them a civilized life. (I once belonged to the latter group.)

But how many of us have actually thought this through? What our taxes are for and what they could be used for instead?

Since many of us are busy meeting the deadline, I want to keep this article as short as possible, only throwing out a funny historic remembrance and some food-for-thought seeds for our future.

1.) Historically taxes were invented when money had a sort of real value (like gold coins) and couldn’t simply be printed out of thin air on cheap paper by governments. Taxes were the trick by which ancient governments (kings, emperors, pharaohs, and such) could obligate their subjects to perform work for them since those coins had to be earned somehow. Previously, people could simply barter or even more simply just support each other within their communities without detailed numeric book-keeping of favors done in exchange of future return favors. As the anthropologist David Graeber narrates, our ancestors kept consistently aiding each other and would eventually simply banish or kill a parasite who kept taking and taking without ever giving back. (a funky story bringing up the image of billionaires in our heads nowadays, at least among a growing number among us disenfranchised, I suspect… Oh, where’s my pitchfork and yellow vest…?)

2.) Ever since money became printed pieces of paper without the backup of a gold standard, and later became mostly nothing more than numbers stored in banking computers, national governments had no shortage of money with which to get things going. For example, FDR’s famous New Deal was simply financed by printing the money and then collecting it back through taxes to prevent inflation — taxing primarily from the rich who had wrecked the economy (pushing everybody else to the brink) and who were swimming in money about to lose its value if the economy was not repaired. It was repaired by directing its money flow increasingly back to the masses of the people who could thereby survive, work, and consume, thus keeping supply and demand alive. Exactly the thing we should have done in 2008 or finally do now, but didn’t do then and aren’t doing now. Instead, Bush & Obama button-pressed money into existence to bail out the banks and let them gouge us further. And not long ago, Trump gave himself and his fellow rich oligarchs a huge gift in form of a gigantic tax break, pretending the tax break was for everyone, and making it appear true to gullible folks by actually giving a tiny tax break to non-rich working people last year. This year, it has expired already, however (and will decrease further). You may not like your tax return this or the next year.

3.) In conclusion of the tax aspect of the famous New Deal and its later repeal since the seventies, or – in other words – the tax aspect of America’s “Golden Age” to which Trump’s “Make America Great Again” slogan refers, after the Great Depression of the early 20th century, the rich were taxed to boost the economy and permit good lives to a majority of Americans. When we suffered a repeat called the Great Recession on 2008 (which isn’t over, yet, and headed for another bad crash very soon), the opposite was done by our by now utterly unaccountable fake-democratic government in which the “R” and “D” party play their endless good-cop bad-cop routine while serving the billionaire oligarchs. Might be a good reason to take the government back into the hands of the people, no?

4.) But now the crucial question: What kind of taxes would really be proper? — Well, how about this: We take a look our current taxes play in our current dungheap society, constructed as a wealth-income-and-power pyramid of Egyptian size with a thin billionaires spire on its top that goes up mile after mile into outer space where our billionaire ruling class lives, ignorant and dismissive of those of us suffering and drudging for them below in the base of the pyramid, the bottom of which gets regularly flooded by stock market crashes costing millions of Americans their homes, retirement funds, jobs, professions, careers, and lives, while each billionaire feels “poor” because another fellow billionaire is even richer than he. Boohoo… time to bribe more politicians to rig the system a little more in his favor to end up with a bigger mega-yacht fleet than the other billionaire.

So, that’s our current society. The ultra rich have so much hoarded money that they can bribe the vast majority of our politicians (our alleged representatives in government), entire political parties, local, state, and federal governments and governmental institutions into their pockets, rigging the system that made them so rich even more. The result: the rest of us get to suffer more and more.

And what role do taxes play in this?

Well, quite simple. With all that rigging through billionaire-money in politics, the taxes on the rich are phenomenally low and get lowered more and more. While a working American may have to pay a 40% income tax — that’s forty cents on each dollar earned through hard work — the billionaire bandits enjoy countless tax loopholes and havens, and even when they don’t use those they pay much lower tax rates on their dividends (typically 20%) and capital gains (only 15%) or other passive profit-style incomes that almost all their money comes from. That’s right. Their waterfall of money doesn’t come from work (well, not THEIR work, that is, but our work; prosperity has to be created by someone, after all, and that’s us working folks – in former ages called slaves or serfs). The 3rd video in the last Video Weekend gave an overview of the rich folk’s income streams.

So, how have our governments – local, state, and federal – been preventing national inflation or local and state bankruptcy (since local and state governments cannot print money like the federal government can)? Well, by severely cutting public spending and by shifting the tax burden on working people, at least on those with a high enough income that there was any income there to be taxed. Oh, plus sales taxes everyone has to pay, of course. And fees. And tolls. And also by selling our public assets to the ruling billionaires for pennies on the dollar (that’s called privatization). That’s why we have so many toll roads and high parking fees now, toxic privatized water supplies, price-gouging and service-refusing private health insurances, private profit-driven hospitals who run rackets rather than providing good healthcare, and so much decaying infrastructure… And why the middle class is dying. And why the young generation is drowning in student debt. And why my generation is headed for old-age poverty (typically preceded by working-life-poverty throughout a precarious life of recurring lay-offs, benefit cuts, frequent unemployment and underemployment, and low-pay gigs).

So, as you can see, taxes are deeply involved in Money in Politics, same as all those other nasty tricks listed in the last paragraph (and then some!).

But could the tax table be turned to have the opposite effect?

Just imagine swinging a big axe to cut off that astronomic billionaire spire on top of our wealth-and-income pyramid, then chopping it into stilts to put under the pyramid so nobody gets flooded by a market crash anymore. Then chop the tip of the pyramid top off, too, and pack it’s rocks around the stilts for stabilization. Suddenly we would have no Big Money funds for a few privileged individuals to bribe democracy out of existence. Suddenly there would be no excessive financial inequality. And no more poverty, either.

Instead of that pyramid with its astronomic billionaire’s spire, we would have a broad building with a safe economic life for everybody, and no more Big Money in politics. The axe would be a changed tax system that would simply cap excessive wealth and incomes through a marginal tax rate of 100% on any wealth above, say, $2 million and on income going above, say, $100,000 — and then putting the taxed away-assets and money flow currently controlled by a few rich oligarchs into our Social Security funds to finance Medicare for All, free college, and an expanded Social Security for all (the latter forming the stilts under the then broad home for all replacing the current billionaire-spire-pyramid).

Naturally, the current oligarchs will likely block such change together with their puppet politicians. But then, such resistance at the top has always existed in the past. Revolutions still happened. So, on this Tax Day, we may dream of a 2nd American Revolution to establish a true democracy and a Good Life for All.

Growing numbers among us are getting angry enough to pull off another revolution, possibly political and smart this time instead of blood-letting and vague. But once we win, we must know what to change and how, lest we sink back into the same morass from which we rose. Hence my writing and (hopefully) your enhancing or sharing of my ideas and other thinkers bright ideas.

The featured photo is by Ryan Thomas Ang on Unsplash

Ending Note: Don’t forget to subscribe to free updates and to share widely critical stuff you encounter here and elsewhere. Also, please lend support if you can. Together we are the change we have been