Biden… Why so many senile votes for this senile candidate? Well, maybe because Frank Sinatra was not on the ballot.

So, do we have to accept the D Party’s rigging? Not when we have finally awoken. Is the R Party a suitable alternative? No. It’s been corrupted long ago, too. Great harm has been done by both parties, and we have our democracy blocked by these two major parties which control the electoral process and work for the robber billionaire oligarchy in return for bribes, graft, and gravy trains.

That’s why we need to seriously consider building a new party, a true people’s party ruled from the bottom rather than the top; and why we need to build a people’s movement like back in the 18th century when a movement fueled the 1st American Revolution and attempted to create a democracy, a project that WE must now finally finish in a (hopefully political rather than violent) 2nd American Revolution.

END_OF_DOCUMENT_TOKEN_TO_BE_REPLACED 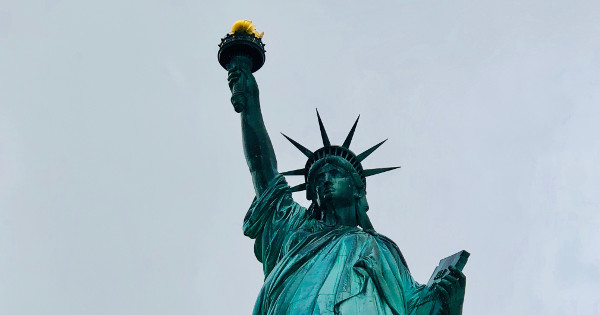 When the world looks at the engraved words of our nation’s founders and early fighters they are deeply moved. No prior statements held such power as the bold proclamations that we are all created equal; with equal rights to life, liberty, and happiness; rights to be ensured by a government allowed to govern only by our consent; a government bound to serve rather than rule us, and obligated to provide for our “general welfare” (meaning a good life for all, not heaven for a few privileged and hell for everyone else by dint of being robbed by the privileged with the government standing idly by or even assisting the privileged).   END_OF_DOCUMENT_TOKEN_TO_BE_REPLACED

END_OF_DOCUMENT_TOKEN_TO_BE_REPLACED

Today is the big national holiday in which we traditionally celebrate independence. But independence from what? From the U.K.? The U.K. nowadays has full health coverage and a democracy (of a “constitutional monarchy” type). If we were still part of the U.K., tens of thousands of Americans wouldn’t needlessly be dying each year from lack of healthcare.

Geography matters little. What we meant by independence from the British crown was an independence from aristocracy, the British aristocracy back then, its kings, dukes and so forth. In other words, our founders had had enough of being ruled by a handful of oligarchs and replaced their rule with a republic-style democracy. (a republic is a representational democracy by definition, not an alternative to a democracy as some head spinners sometimes claim) Democracies have their flaws, but putting the steering wheel in the hands of the people who are affected by government policies is the best guarantee for responsible policies, a point which Thomas Jefferson tirelessly kept driving home. (see quotes at the bottom)   END_OF_DOCUMENT_TOKEN_TO_BE_REPLACED

Below, I have written some powerful words, or so I hope. But lets first start with an analysis of recent “Democratic” upheavals by Jimmy Dore’s team to give us some perspective and a starting point for putting our heads together:

(Note: if the video linked above gets deleted, you may search the Internet for Jimmy Dore and the title: “Ocasio-Cortez & Progressives Win – Is it Enough?”)

(Link: Report on Alexandria Ocasio-Cortez and her spectacular win in the primaries presented here on Beanstock’s World a dew days ago.)

So, is the people’s take-over of the “Democratic” Party working? Sadly, the answer is clearly no. Too many attempts of voting in people’s candidates have failed, succeeding only with a handful who don’t carry enough weight to change the party from within. And once they are in, they face obstacles like superdelegates, party bosses, undemocratic structures and top-down rule, gerrymandering and internal riggings, huge Big Money influence, mobbing and a gang mentality, and so forth. They get turned ineffective by layer upon layer of barriers that have been erected to neutralize the will of the people and even the party base.   END_OF_DOCUMENT_TOKEN_TO_BE_REPLACED

If you can’t think for yourself (or believe that you can’t) you prefer to leave the thinking to the traditions into which you were born. If those traditions are well-balanced, you and those around you may benefit from them. But how can you know if they are actually good traditions if you forfeit your ability to think like a smart human and instead live the instinctive life of an animal that lives its preprogrammed life? Don’t you throw away the greatest gift of humanity, the ability to evaluate, analyze, and improve things?

The theme I am discussing in this short piece is one of the two main pillars of Republican-co-opted conservatism: the placement of tradition over thinking. (Blind faith in authority is the other.) I am not saying that conservatism is bad. Good things deserve to be preserved. But do bad things deserve to be preserved, too? I don’t think so.   END_OF_DOCUMENT_TOKEN_TO_BE_REPLACED