Summary: Lots of good videos found this week (most from the last 9 days). So many that I put some aside for the next weekend. Main issues this time: corrupted society, corrupt R & D Parties, destructive economy, and censorship of media and online sources.

END_OF_DOCUMENT_TOKEN_TO_BE_REPLACED

Summary: Don’t miss at least the first two of nine excellent interviews and reports. The nine cool shared videos are followed by links to 6 fairly good ones. Plus two article links at the bottom.

END_OF_DOCUMENT_TOKEN_TO_BE_REPLACED

Some really outstanding informative and thoughtful videos came up this week! All great for us getting ready to make change. (the best of the best marked with *s).

END_OF_DOCUMENT_TOKEN_TO_BE_REPLACED

Last weekend, I featured Lee Camp a lot (including a “So, who is Lee?” segment sharing a more personal interview with him). This weekend, a lot of great Jimmy Dore videos piled up, most of which I didn’t have the time to include in yesterday’s video weekend compilation. To repair that, here are the ones I couldn’t include yesterday but would have liked to. They are some of his best. If you missed them during the last few days, I hope you have the time today to watch them. Enjoy! Especially #2 is superb!

I. Good one: Behold the lock-step march of the establishment’s propaganda-spewing Big Media monopoly, spiked with their script-reading talking heads (all massively overpaid so they won’t question their treacherous work). Jimmy reminds us how this propaganda army was enabled by Bill Clinton and the neoliberal Fake-Democrats, out to destroy the last vestiges of democracy together with their Republican buddies while pretending to protect it. The work of two corrupt political gangs… pardon me… “parties”:

(Note: if the video linked above gets deleted, you may search the Internet for the title: “Sinclair Media Nightmare Made Possible By Clinton & Democrats“)

II. Excellent one: Upsetting the apple cart. Tim Canova, who challenged utterly corrupt Debbie Wasserman Schultz in 2016 and – by all appearance – was cheated out of the race with election fraud just like Bernie Sanders, has left the “Democratic” Party to fight Wasserman Schultz from the outside since fighting from the inside was made impossible by the corrupt party bosses. This led to a really cool conversation with Jimmy Dore about our rigged elections (and the Russian phantoms) with some hard facts:

(Note: if the video linked above gets deleted, you may search the Internet for the title: “Tim Canova Leaves Democratic Party & Support Increases”)

The point: when retaking democracy from within the “Democratic” Party is impossible (because of systemic criminality in the party leadership), then the fight must be brought from the outside.   END_OF_DOCUMENT_TOKEN_TO_BE_REPLACED

Independent media have come under all sorts of attack by the establishment which doesn’t want us to tell you the truth or strategies to make things better. There are smear attacks and criminalization, online censorship through the elimination of Net Neutrality, as well as online revenue defunding schemes you certainly have heard about. Let’s spend a few minutes on this issue. I’ll mostly let two well-known youtubers do the talking.

(Note: if the video linked above gets deleted, you may search the Internet for the title: “Progressive YouTubers Are In Danger…Do You Care?”)

END_OF_DOCUMENT_TOKEN_TO_BE_REPLACED

Caitlin Johnstone is one of those passionate citizen journalists we need more of. I have been too busy writing my own articles to follow her closely; but every once in a while I come across one of her articles and am usually very positively impressed, either with her revelations or her way with words. Yesterday I chanced on a recently written piece in which she laments the death of a professional journalist whom she considers to have been one of the rare beasts in that zoo who was driven by the need to make our world better rather than his own career path. Wrapped up in her obituary there are, as one can expect, big picture notions of profundity worth reading. Here is a quote:  END_OF_DOCUMENT_TOKEN_TO_BE_REPLACED 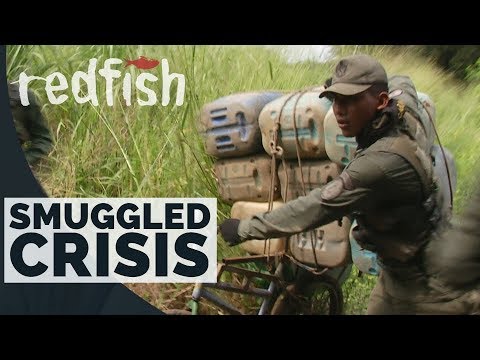 Life shows us that there are places and events which at first glance seem unimportant but which can teach us a lot. One such place is Venezuela, a country we may deem unimportant, far away, and uninteresting; a country with a government we have only heard bad things about. Why not innocently believe the claims made by our corporate media about such an unimportant seeming place? Why care about little Venezuela, somewhere to the south of us? And, yet, if we take a good look at it, we may discover that we are staring at ourselves! END_OF_DOCUMENT_TOKEN_TO_BE_REPLACED

Another case where the establishment strangles the no longer free press:

(Note: if the video linked above gets deleted, you may search the Internet for the title: “WaPo Threatens Writer For Exposing Horrible Working Conditions”)

Comments: Yes, sadly, these practices of the robber billionaires are nothing new. In the old days, they were called robber barons. They set up business practices to shift the nation’s wealth from the hands of the many into their own, gouged the people in the process, corrupted politics to make it all possible, and – when they had hoarded so much wealth that they started running out of ideas of what to do with it, or were getting old and facing the time of life (old age and its decrepitude) when we become increasingly dependent on the goodwill of people around us, or when the worry arises that their might be divine justice after death – they then began to give to charities, or even start their own charities proudly bearing their names, in order to make themselves look good. But when has one of these master thieves ever turned around to try for real absolution and do something to actually fix our rigged system?