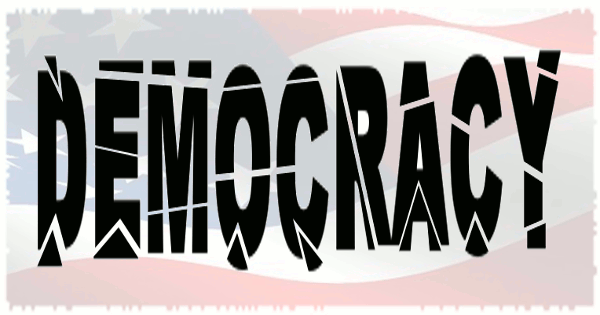 The previous article briefly exposed our rigged electoral system(s) and concluded that we, the people, need to form a People’s Union. Here are some further thoughts:

Question: How does this connect with party politics? Answer: It does quite a lot. We need to build a people’s movement, at the bottom, with which to wield power outside our gamed political system. It can form a basis for the people’s power outside of candidate campaigns that come and go and depend on campaign leaders who may collapse or sell out. It can let us circumvent the completely rigged electoral processes we are currently trapped in and which easily kill campaigns. It can push for urgently needed things, something that the build of a new political party would take too long to achieve (for example dealing with our current pandemic-economic crisis which can’t wait for future elections). Despite this (much needed) wielding of power outside of party politics, a people’s union could nevertheless (and probably should) push for the creation of a truly democratic people’s party to represent us governmentally once we have overcome election rigging so that elections can work again. Doing so will probably make sense because the two major parties who have monopolized and rigged the electoral processes are through-and-through corrupt and owned by the rich ruling class and seem remarkably immune against a takeover by the people. Suggested link for this path: The People’s Party – A coalition party for the people. Meanwhile, some people still think they can take over our existing major parties (at least the D-Party) from within. A people’s union could actually greatly strengthen both a new party’s creation and attempted takeover of an existing one by imposing strong pressure on the establishment. Strengthening both would enable an inside-outside strategy making both attempts much more successful since the corrupt gangsters at the top would be pushed from the inside, the outside, and below. Much harder to withstand than an attack from only one direction.  END_OF_DOCUMENT_TOKEN_TO_BE_REPLACED

It’s really cool that more and more women are coming out of their traditional closet to speak up and stand up against the corruption and rot of our system – or are finally paid attention to. And, finally this time, the so often forgotten elderly and their terrible sufferings are revealed. And guess which candidate cares about them?

… and 80% of TV news stories are manufactured in public relation firms working for governments and the corporations (i.e. the nebulous rich rulers behind these scenes):

END_OF_DOCUMENT_TOKEN_TO_BE_REPLACED

The latest weekend collection of recent best videos spreading news and ideas for positive change of our rotten world. Lots of good stuff you may have missed. Every week a new one. (Notice: Producing these when caught in financial struggles is hard. So, spreading the word and subscribing (for free) is a helpful thing to do.)

END_OF_DOCUMENT_TOKEN_TO_BE_REPLACED

Once more an enlightening video compilation so we can spend time on our weekend to educate ourselves for desirable change rather than letting ourselves be dumbed down by the corporate media. Enjoy!

I. Society: The Crippling Corporate Culture

Here is an old, yet outstanding, speech by Chris Hedges. It’s from April 3, 2013. If you are certain to have heard most of this before and are short on time, you may fast forward to 1:05:32 where his wrap-up starts and hits hard: https://youtu.be/KJ9nvAX-S1g?t=3932 Otherwise, here the clip starts from the beginning:

(Note: If the video linked above gets deleted, you may search the Internet for the title: “Chris Hedges – America from the Outside – How the World sees US – 2013”)