You may have heard of fantasy game players, such as Dungeons & Dragons role-players or computer RPG-players, being declared Satanists. When players play good-spirited adventurers fighting monsters and demons (which most of them do — playing evil characters tends to be a rare humorous exception), there is no direct logic in declaring these players Satanists. Instead, the logic stands behind the curtain.   END_OF_DOCUMENT_TOKEN_TO_BE_REPLACED

Some people clamor for that. (unclear whether they are referring to actual law breaking like election theft, to human rights and constitution violations by institutions or lawmakers, or simply to Trumpmania)

Many people think that a rule of law is the answer to every problem.

Law is not automatically good. The rule of law is only good when the law is fair and benign.   END_OF_DOCUMENT_TOKEN_TO_BE_REPLACED

Jamarl Thomas (a really bright guy who went to check it out) finally got around to make up his mind about the People’s Summit which at the start didn’t sit quite right with him. He also adds some other sharp thoughts, especially about Bernie Sanders’ role in our politics (to which I would add that Bernie might be doing what Richard Wolff suggested: namely prove that he has tried everything to save and reform the “Democratic” Party before turning his back on it when the attempt eventually has failed visible to all). This speech is really long, and has stretches that are rambling or recursive. But it is worth spending the time listening, maybe while you cook and do house chores or such. (1:20 hours)

(Note: if the video linked above gets deleted, you may search the Internet for the title: “Jamarl Thomas Talks Bernie, People’s Summit and more #pplsummit | Context with Jamarl Thomas”)

Two days ago, Jamarl added another evaluation of the People’s Summit, concluding that there is a serious co-opting attempt, but that the visitors seem to have successfully resisted, so far. Also, he feels this kind of summit should be more action oriented like hammer out a political agenda (29 min):

(Note: if the video linked above gets deleted, you may search the Internet for the title: “Discussion of People’s Summit and Push Back Against Criticism By People That Didn’t Attend“)

I might add that the slippery slope I wrote about last time is something to truly be wary of. People don’t necessarily get corrupted by it and the corporate money that sloshes around on it. They can become co-opted even with their best intentions intact, simply by being forced into compromises, restricted by the mechanics of private campaign financing, and such. To overcome these old co-opting weapons, I kind of agree with Debbie the Sane Progressive that we need to alter our mindset, consciously stop doing what hasn’t worked before, keep our sights on a bold vision for the future, and get creative about new ways of doing things (for instance create our own alternative media, run political campaigns heavily relying on grassroots volunteers (canvassing, distributing yard signs…) rather than money-sucking TV ads, etc.).

Please call to mind that independent citizen journalists like Jamarl (and me) are strapped for resources and can use your help, not some day far in the future, but now. Share, subscribe, discuss, and – if you can afford to – help us out a little financially.

Our current economic organizing force is a system which creates a great imbalance in power. It does this by funneling much of what working people produce into the hands of a small power-elite. This power-elite is both motivated and enabled by this enormous wealth to maintain and exacerbate this imbalance-creating system from which they perceive themselves to be profiting (which in many ways they do). This system is the source of Money in Politics. END_OF_DOCUMENT_TOKEN_TO_BE_REPLACED

I think, today I’ll take a day off from writing for this blog or spending hours screening videos to share the best ones on here. After all, I should be spending more time looking for my next job, trying to make it a better one than the usual crap, and improving my credentials as an applicant. END_OF_DOCUMENT_TOKEN_TO_BE_REPLACED

Perhaps that is the simple answer I am looking for: the choice made by my heart. My heart is so often right.

With all the flurry and convolutions in politics today, I often find myself buried under all kinds of details and arguments, and writing possibly overlong articles about topics which should, and perhaps could, be much simpler. END_OF_DOCUMENT_TOKEN_TO_BE_REPLACED

I saw this piece some time ago and let it go. However, having run into ignorant and shortsighted thinking and behavior again this week (some even aimed at me, a lot more at others), I now decided to showcase this video which talks about people acting politically from a position of ignorance who thereby shoot themselves (and their fellows) in the foot:

(Note: if the video linked above gets deleted, you may search the Internet for the title: “Man Shocked To Learn He’s Been Bashing His Own Health Care”)

So, unless you want to shoot yourself and innocent bystanders in the foot, don’t allow yourself to be ignorant or shortsighted. The same warning goes for those who apply sectarian thinking, so they regard as deplorable spoilers all those who share their goals but run with a different crowd which seeks to achieve these goals with a different tactic. It’s impossible to know beforehand which tactic will work (so, until we have hindsight we are in a position of at least some ignorance); and success may even require multiple tactics. Therefore, we should never view or treat our allies as foes or insist we discard a potential card we have up our sleeves.

This is not an obituary of a late president, nor of departing Obama, but of a presidency we could have had. No, not of America’s greatly hyped first female president, either — a crooked election rigger, Wall Street shill, and arms dealer, whom we can be glad we were spared (though Trump with his cabinet composed of plutocratic oligarchs may not be much better). END_OF_DOCUMENT_TOKEN_TO_BE_REPLACED

In all frankness, why does ANYBODY worry about Russian meddling? We, the American people, have absolutely NO say in our politics, rigged as it has become by the robber billionaires and their minions from the political and journalistic classes. None whatsoever. Why should anybody care if the robber billionaires with their global business empires who run our country to our detriment have Russian or American names? We are equally screwed either way until we take the instruments of power back. 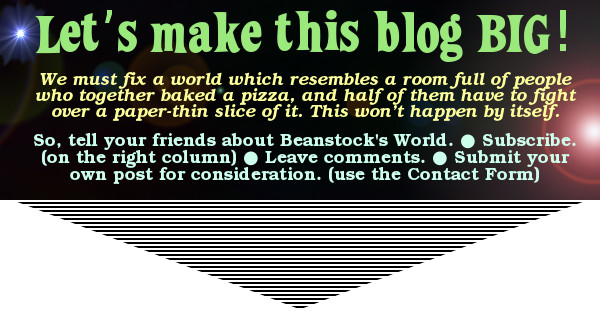 (Note: if the video to which this article links gets deleted, you may search the Internet for the title: “Despite US Propaganda, Fidel Castro Beloved Worldwide”)

This week, we have seen despicable footage of people celebrating the death of another human being. Personally, I find death from “old age” after a few decades on Earth – which is barely enough for most people to even grow up – a great tragedy built into the human condition and something we should perhaps do something about instead of constantly fighting among ourselves. To celebrate someone’s death, I must be certain he or she was a mass murderer, torturer, or such. I cannot establish this state of affairs for Castro. END_OF_DOCUMENT_TOKEN_TO_BE_REPLACED